A manufacturer asked us to visit a South Tampa gym to inspect the floor.  The commercial client was complaining about black marks on their new luxury vinyl plank (LVP).  The streaks were plainly evident and the cause was equally apparent.  The gym equipment had rubber vibration isolation feet on the underside.  The equipment was drug across the LVP.

The LVP was not defective.  In this case, the gym owner did not have a proper understanding of how the LVP should respond to friction against rubber.  We explained that black scuffs would be created on almost any flooring, whether hardwood, VCT, stone, etc.  Additionally, reports of this type are also prompted by black marks caused by rubber heeled shoes. 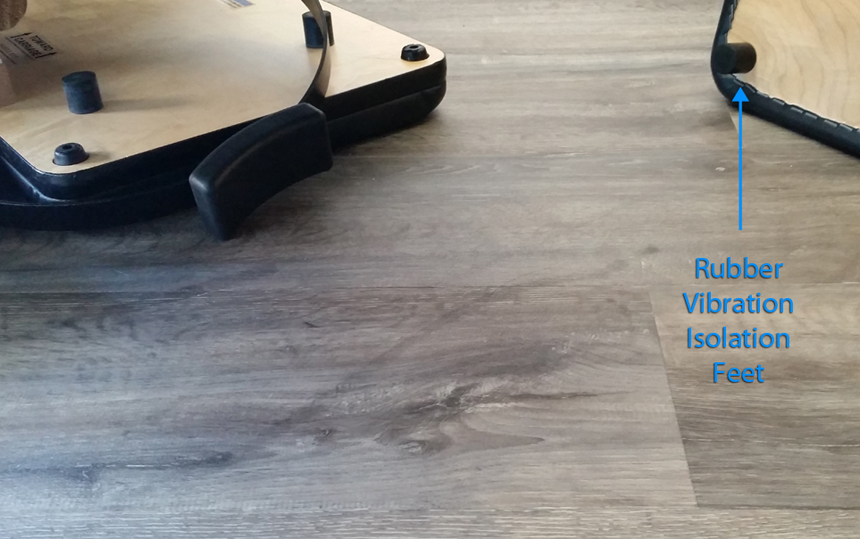 Rubber Marks on LVP Caused by Feet of Fitness Equipment

The happy conclusion to this inspection was that the rubber scuff marks were easily removed by rubbing slightly with a towel.  We reminded the gym owner that the purpose of the rubber feet is to keep the equipment from shifting under the weight of an active user.  In concert, the LVP's wear layer is also designed to have commercial-grade slip resistance, which means that both the rubber feet and the luxury vinyl's wear layer are supposed to grip or increase friction.  If rubber, by its nature, were hard like metal, the LVP would have suffered permanent scratches.

The gym owner will have to wipe off the rubber marks from time to time if members slide equipment.  The luxury vinyl was a fine choice for the space, but an alternative was recycled rubber flooring.  Rubber flooring, a popular choice in athletic environments, will not show rubber marks because it is black.