Carpet tile has a lead time of three to eight weeks depending upon the manufacturer and their production load.  More commonly, the lead time is four to six weeks.  Most of Interface's QuickShip carpets are available within 10 business days.  QuickShip carpets allow owners and facility managers to take action quickly. 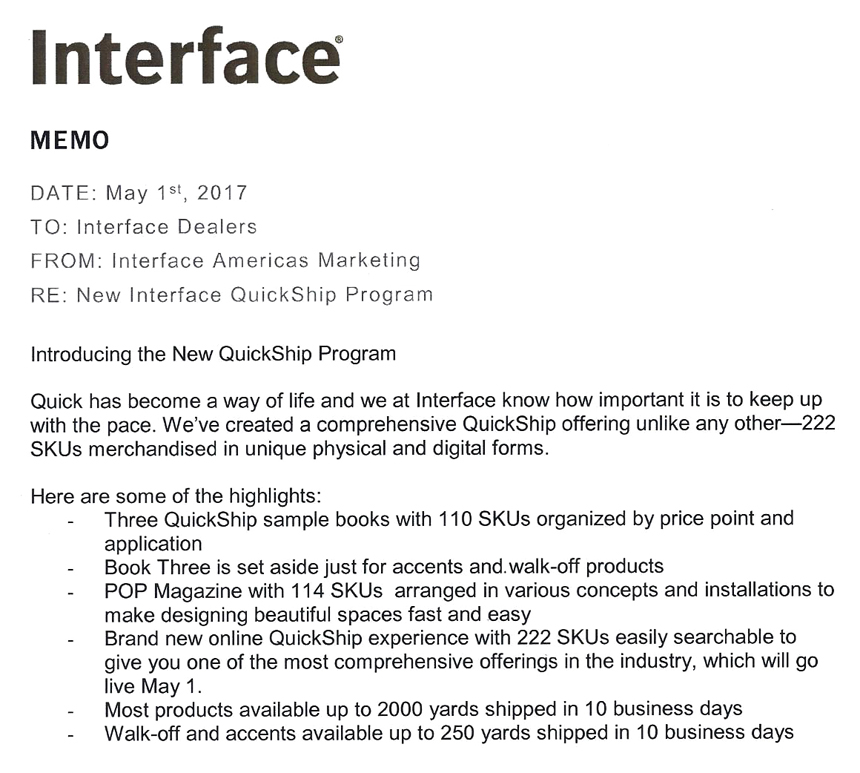