Half of a Double-Stick Carpet Installation

The parent company of a international hotel requested an inspection for one of their Orlando locations.  The hotel had an installation team install commercial carpet milled by Signature Hospitality Carpets.  The hospitality carpet was clean and wearing well.  The client said that the seams were opening and the carpet was wrinkling or buckling in the corridors.  The wrinkles were not reported as being in the ballroom or meeting rooms.

Wrinkles in Carpet in Double-Stick Installation

The cut-and-loop Signature carpet had a traditional Action Bac backing system.  The carpet was installed about 18 months prior over 1/4-inch TredMOR synthetic rubber cushion as a double-stick installation method.  A double-stick (or, double-glue) installation requires two full-spread applications of adhesive.  First, the cushion is glued to the concrete substrate.  Second, the carpet is glued to the cushion.  The hotel did not know what type of adhesives were used.

Visual inspection of some problems was easy.  The threads were pulling from the seams. Some of the looped threads (in the cut-and-loop pile) had been snagged. 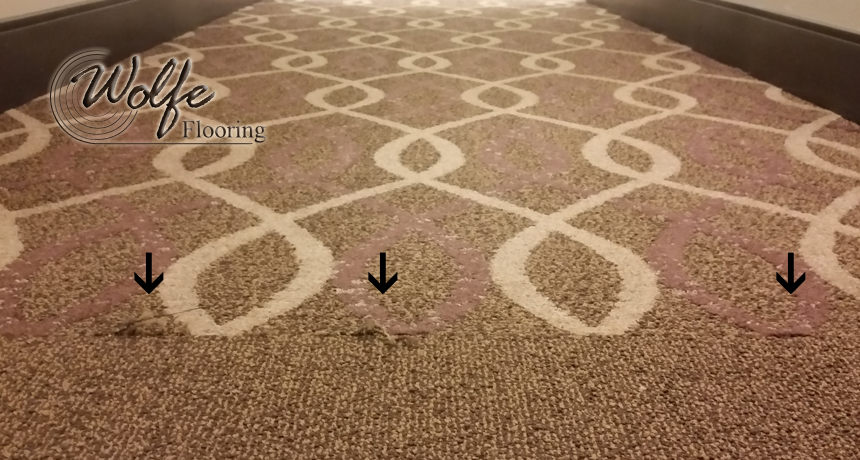 In addition to a visual inspection, we probed approximately 20 locations divided upon three floors.  We probed the carpet where we found raised or bubbling carpet with an instrument to determine which layers were releasing.  In addition to probing, in select areas, we opened seams and pulled back the carpet.  After photographing, we reinstalled the same.

The condition and maintenance of the property were very good.  As reported, the seams were opening. We gently opened a few seams wider to find that the installers appropriately used hot-melt seam tape to burn the seams.  However, there was no apparent seam sealer. 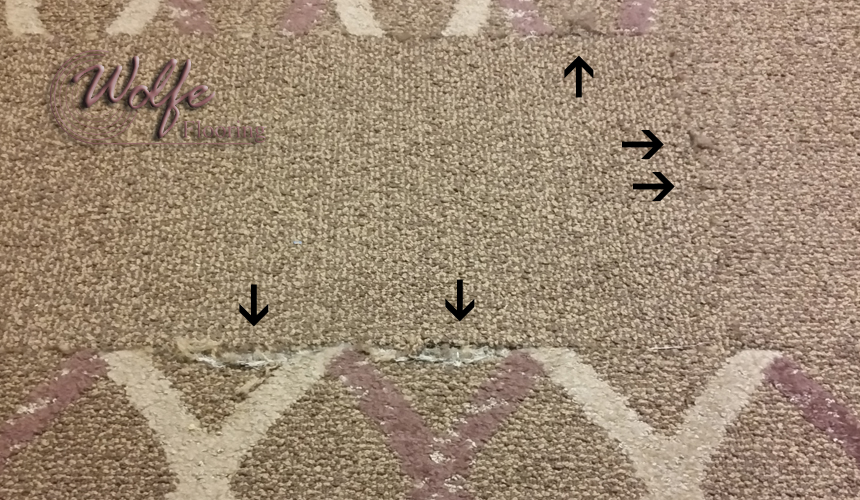 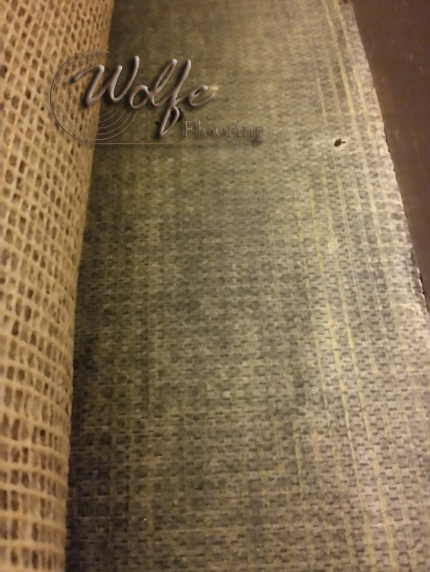 The carpet was releasing more in the center of the corridors where the foot traffic is most intense.  Our combination of probing and pulling back the carpet revealed that the first layer of adhesive was holding to the concrete slab, but the second layer of adhesive was failing between the carpet and cushion.  The customer had, in effect, received only half of a double-stick installation.  But, why?

In one area, there was no evident adhesive.  That's right, we saw nothing!  The cushion and the carpet were clean.  In limited areas, the carpet was merely laying loose on the cushion. 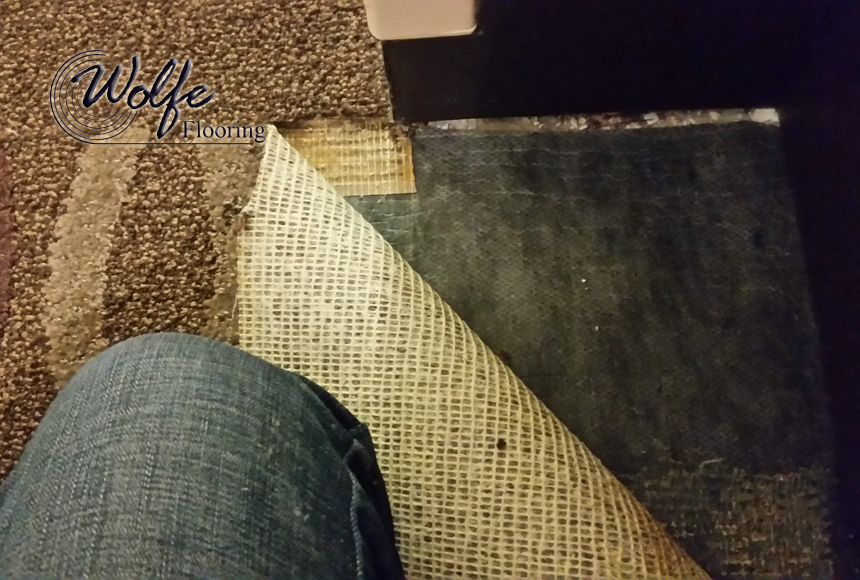 The Signature carpet has several years of remaining useful life.  Poorly glued carpet will wear out prematurely.  Regrettably, the adhesive will continue to release.  The carpet wrinkles and bubbles will become more pervasive, and more seams will open.  Eventually, the guests may face tripping hazards.  To solve the problem, the carpet needs to be pulled back carefully making some attempt not to damage the cushion underneath.  Next, new adhesive should be reapplied to reglue the carpet to the cushion.  The reinstallation should be done when the work will create the least disruption to the hotel's guests.

The original installers' ignorance in proper technique or rushed pace or chintzy expenditure on adhesive created a lousy installation that will cost this customer dearly.  If the hotel saved money by hiring the lowest bidder, they will now pay double.